One fifth of households in the U.S. speak a language other than or besides English at home. This rate has doubled since 1980. (these and other figures from 2018 Census surveys). 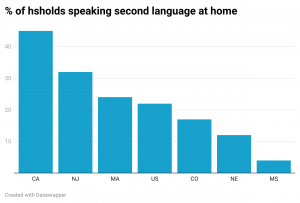