In the mid 20th Century, the United States had an overwhelming advantage over most of the world in the size of investment in formal education. (See here.)

That advantage has greatly declined. One result is that the educated population, tremendously grown and more distributed, is competing and complementing the educated American. I believe that one aspect of this competition – complementarity is the emerge of over a billion workers into a global economy brought together by lower communication and transportation costs. These trends will continue.

Will these students stay here? Gone were the days when a European-born genius such as John von Neumann and Albert Einstein would migrate here and assuredly stay.

A major chronic problem with people in unauthorized or legal but vulnerable immigration status is that they are less economically mobile and as a result less productive. FWD.us has put together estimates of the number of people in this condition. A two adult household with one adult unauthorized or in Temporary Protected Status, plus persons on temporary work visas, means that both adults are economically less mobile. This limited mobility may affect at least 10 million and possibly up to 15 million working age people.

(Start with 8 million unauthorized workers and roughly 750,000 – one million persons on a legal temporary work visa which ties their hands. Then consider whom they are living with.)

Check oit the FWD Interactive tool which gives you its state-level estimates.

FWD.us estimates that some 10.6 million U.S. citizens live with undocumented immigrants. More than 22 million people in the U.S. live in mixed-status households, where at least one undocumented person lives with U.S. citizens, green card holders, or other lawful temporary immigrants. All told, more than 1 in 20 people in the U.S. are under constant threat of being separated from family members and loved ones in their home.

The budget reconciliation bill as it now stands, after completion of  work by the House Judiciary Committee in preparation for a House vote, is a gargantuan acceptance of unauthorized persons into legal status and an acceleration to green card status of many legal applicants, some having waited for many years. Here are two provisions.  The affected persons adjust their status to permanent residency if they pay a supplemental fee of $1,500 and pass security/law enforcement checks and a medical exam.

Here is a key August 10 2021 advisory memorandum which lists the categories of essential workers. The formal name is “DHS Advisory Memorandum on Ensuring Essential Critical Infrastructure Workers’ Ability to Work During the COVID-19 Response issued on 8/10/2021.”

The worker:
-Has been continuously physically present in the US since 1/1/2021
-Demonstrated a consistent record of earned income in the US in an occupation listed in DHS’ Advisory Memorandum

Among the origin countries with at least 100,000 immigrants in the United States in 2019, the top five that experienced the fastest growth between 2010 and 2019 were Venezuela (an increase of 153 percent), Afghanistan (143 percent), Nepal (140 percent), Myanmar (84 percent), and Nigeria (79 percent). I’ve recently posted about the exceptional educational attainment of Nigerian immigrants.

I guessed the other day (here) that, based on past war-related refugee numbers, there will be about 100,000 Afghan refugees admitted in the United States. CNN’s report on the current flow suggests that guess is roughly correct:

After the biggest military evacuation in history, the Biden administration will now resettle more than 60,000 Afghan refugees inside the US over the next several weeks. To accommodate them, eight military bases have transformed into “small cities,” as one Defense official put it.

About 17% of those who have already arrived are US citizens and lawful permanent residents and can head to their destination without first passing through military bases. The rest, however, will go to bases to receive medical screening, including Covid-19 vaccinations, before they’re relocated to communities around the country.

By the end of September, the administration is anticipating the arrival of 65,000 Afghan refugees. Another 30,000 are expected in the next 12 months. It’s an extraordinary number of arrivals, compared to the last four years when admissions hovered around 2,000 a month, a steep decline from previous administrations.

The last time the US resettled anywhere close to this number of evacuees within such a short period was after the US troop withdrawal from Vietnam, when more than 130,000 people came to the US over an eight-month period.

From CNN here. Thanks to the National Immigration Forum

What is in effect The Dream Act will be coming to a vote in September. A killer problem is whether the Senate parliamentarian will allow immigration provisions to be included in a budget reconciliation bill. Here is a briefing on the issues.

To start off, the House bill H.R.6 legalizes Dreamers and protects other immigrant populations. Pelosi included H.6 in her budget bill passed on August 24.

The first version of the Development, Relief, and Education for Alien Minors (DREAM) Act was introduced in 2001. At least 11 versions of the Dream Act have been introduced in Congress. To date, the 2010 bill came closest to full passage when it passed the House but fell just five votes short of the 60 needed to proceed in the Senate.

The Dream Act of 2021 was introduced in February in the Senate and The Dream and Promise Act of 2021 (H.R. 6) was introduced and passed in March   Both bills would provide path to citizenship for Dreamers. H.R. 6 would also provide a path to citizenship to beneficiaries of two humanitarian programs: Temporary Protected Status (TPS) and Deferred Enforced Departure (DED).

Again, the House passed on August 24 a budget bill that includes the contents (revised) of H.R.6. (On September 10 some other provisions appeared relating to visa backlogs and unused visa quotas. See @ReichlinMelnick.)

The Immigration Forum reports on the legislative uncertainties:

The Senate parliamentarian will decide shortly whether Schumer can include in the reconciliation budget bill coming from the House immigration provisions. Go here for a close-in view of the parliamentarian’s role .on this matter

If the parliamentarian green lights the provisions, House Democrats will aim to pass an omnibus bill on party lines by September 27, bringing together Senate passed infrastructure bill (The American Investment and Jobs Act) and the budget reconciliation bill including the immigration provisions. The House passed the budget bill on August (220 to 212).

Once the House approves the omnibus bill, it will go back to the consideration of the Senate. where Democrats hope to by reconciliation to pass the entire package inclusion the immigration provisions.

An additional 11 million are here illegally. The remainder, 21 million, are naturalized citizens. About three quarters of green card holders eventually naturalize. The number eligible to naturalize has remained steady at about 9 million.

Most of data are from here and here. 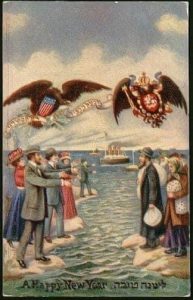 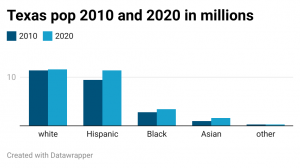 Throughout history it is clear that when disease spreads, xenophobia is rarely left far behind. In the 14th century, Jewish citizens were blamed for the spread of the plague and accused of ‘poisoning’ water supplies (Markel, 1999). In San Francisco, following panic surrounding a local smallpox outbreak, The Chinese Exclusion Act of 1882 was created. This Act not only prevented Chinese immigration, but also forced vaccination of Chinese residents without epidemiological rationale. Spread of Ebola virus lead to a rise in anti-African racism in European communities

The West historically saw trade from non-Western parts of the world as a potential source of disease, with ‘foreigners’ becoming associated with ideas of ‘contagiousness’ and ‘infectiousness’. This kind of rhetoric is also perpetuated by world leaders, such as President Trump when he proclaimed that ’tremendous infectious disease is pouring across the border’ in 2015. [This was written in 2020, before the 2020-2021 wave of migrants at the Mexican border and alarms about migrants bringing COVID into the U.S.]

And this, from Pew Research:

The coronavirus pandemic has increased social divisions across many of the publics surveyed. A median of 61% across all 17 advanced economies say they are now more divided than before the outbreak, while 34% feel more united.

Sentiments are particularly negative in the U.S.: 88% of Americans say they are more divided than before the pandemic, the highest share to hold this view across all places polled. A majority of Canadians also say their country is more divided.