Prem Kumar of Visa Tutor tells me more about the Public Charge Rule:

Broad application When a US citizen or legal permanent resident sponsors family such as parents, spouse, children, and siblings, all the applicants are subject to public charge criteria. For aging parents, let’s say, it may be difficult to get private health insurance if they’re new to the U.S. The family category makes up the majority of green card applications.

Adjusting status Let’s say you come on a tourist visa, and marry a U.S. national and want to adjust your status to permanent resident. To apply for a visitor visa, you’re not subject to public charge to enter the US. However, if you choose to adjust status, you must apply for a green card under which public charge applies.

School districts were reporting in June that half or more of ESL students were not showing up for online instruction.

Linguistic isolation: As of 2018, 18% of children of immigrants were living in families where all members of the household over the age of 14 were limited English proficient.

Poor internet connection: According to one analysis of 2018 Census data, 17 million U.S. children live in homes without internet subscriptions, and 7 million have no access to computers or tablets. Nearly one-third of Latino families with children do not have high-speed
internet, and 17% lack computer access.

I have posted about the toughened Public Charge rule of the Trump Administration, which went into effect in February but has been to some degree suspended during the pandemic. I asked Prem Kumar of Visa Tutor to describe how he sees its impact.

Public Charge is an immigration law provision which requires an immigrant or green card applicant to be self-sufficient or have a sponsoring family member or organization. The goal is to only grant a visa or green card to those applicants who are not likely to fall upon government financial assistance in the future.

Public charge laws apply to all immigrant visas, some non-immigrant visas, and nearly half a million green card applicants, with certain exemptions. Historically, it accounts for 25% of visa denials, where officers believe the immigrant does not have adequate sponsorship in the US, or a high “likelihood of becoming a public charge”.

Income The applicant or sponsor is compared to the Federal Poverty Guidelines. They must be the minimum 125% income level, however, officers are allowed to require up to 250%.

Health insurance  Although it’s not an automatic disqualification not to be covered, the language in the “Final Rule” makes it clear that it is a “heavily weighted negative factor” in the assessment.

Disclosure of background information The officer is required to ask for financial status such as loans, unpaid debts, assets, even child support, and so on.

Southeastern Europe has been experiencing a gradual, sustained decline in population in part due to emigration.

The Migration Policy Institute says that some countries have been trying to expand their outreach to their emigrating populations, beyond cultural programs, but few economic programs are in place. This contrasts with the Philippines, which has long supported their citizens who work outside the country.

Portugal is possibly the most active European country to promote the return of emigrants and immigration of non-nationals. The Portuguese emigrant population equals 25% of the population of the country.

Hispanics comprise about 13% of the eligible voters, and rising. From 2004 though 2018, the number of vote-eligible Hispanics rose by 66% even though the entire population of the U.S, grew by only 10%. That is an annual increase of 3% of Hispanic eligible voters, vs. an absolute decline in white eligible voters. These trends will continue for some years.

But Hispanics are poor in registering to vote: only 40% of eligible Hispanic voters get around to register and vote, compared with 55% for whites. Much of this can be explained by whites being older and with more formal education, factors associated with higher voting rates.

Hispanics favor Trump much less than do whites, The national spread between Biden and Trump is about 10% (i.e. 53% favor Biden and 43% favor Trump.) The pro-Biden spread among Hispanics is more like 30%.

The spread among Hispanics varies by state and country of origin. Hispanic men are far more likely than women to favor Trump. For example, in the most pro Trump state in the nation among Hispanics, the Biden – Trump spread Florida is Latina 17%, Latinos 10%.

Favorable to Trump (by men and women combined), by country of origin, are South Americans 39%, followed by Cubans (33%), Puerto Ricans (21%, Mexicans (18%), Central America (14%) and Dominicans (11%). Approval of Trump among Hispanices rises with level of education.

One quarter say they know the term. 3% use it.

From the Pew Research Center

Roughly 40,000 persons each year are awarded a visa (“K”) to come to the U.S. and marry a U.S. citizen.K visas are only available to partners of US citizens, not permanent residents.

This process best serves international love birds who prefer not to go through the hassle of a marriage overseas. Marriage in different parts of the world can be long, expensive, or burdensome especially when dealing with local authorities. In addition, families of US petitioners find it inconvenient to travel to distant parts of the world to attend weddings.

One such example is in Morocco, where local authorities require numerous paperwork, a residency period for Americans, and often a bribe to “process” the marriage paperwork.

For those in the LGBT community the K visa may be the only way to marry. Outside of western Europe and the Commonwealth countries, same sex marriage is almost everywhere illegal.

What is needed for the overseas party to get a K visa, which gives the person 90 days in the U.S. to marry, after which the now married foreigner has access to permanent residency or citizenship? The foreign partner must produce documentation, get a medical exam, police / background clearance, among much more before attending an in-person visa interview at a U.S. consulate.

What does Citizenship and Immigration Service do to review of the intended marriage is a sham that will be shortly followed by divorce? Following marriage, the couple is given a conditional period of 2 years in which the USCIS evaluates to see if the marriage was bona fide or a sham meant for immigration benefits only.

The timeline from start to finish, including the consular interview, takes an average of 5-10 months.

For a more complete description of the process go here.

How do spouses, children and fiances get into the United States? I asked Prem Kumar, who runs Visa Tutor, to describe what happens. Here we talk about the process for spouses and children. In the next installment, we discuss fiances.

Anywhere from 150,000 to 200,000 visas are issued every year to spouses of U.S. citizens and their children. The U.S. sponsor petitions his or her family and provides necessary documentation before the foreign spouse and children attend an interview.

The approval rate for these visas (CR1/IR1 and CR2/IR2) is very high, about 90%. But the entire process can take up to two years to complete.

The person in the United States needs to be either an American citizen or a permanent resident. Proof of marriage is required. Both the U.S. and foreign spouse cannot have a disqualifying criminal record.

Further, there has to be evidence that the spouse and children will not be a financial burden on government assistance – the public charge rule. The most common problem is that petitioners don’t meet minimum income requirements or aren’t able to provide enough assets to qualify.

The foreign spouse and any accompanying children attend an in-person interview. They present documentation to prove eligibility and answer any questions an immigration official may have regarding the relationship. Common questions include: “When did you marry? How? Where? Where does your spouse work?” 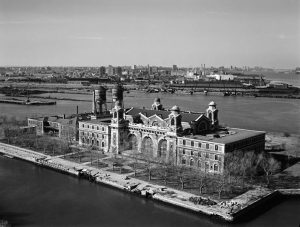 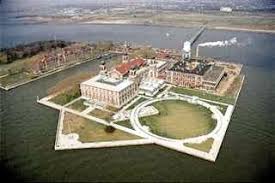 The chances of Latinx (Hispanics) greatly influencing the presidential election are significant in six states. Six states have relatively high Latinx population shares and are battleground states. They are (with the total pop share that is Latinx, 2018 estimates) Arizona (32%) , Florida (26%), Nevada (29%), North Carolina (10%), Pennsylvania (8%), and Texas (40%)