No country has worked harder than the Philippines to export its people, and no people have proved more eager to go. since the mid-1970s the government has trained and marketed overseas workers not just drumming up jobs but fashioning a brand — casting the Filipino as a genial hard worker, the best in low-cost labor. in 1977 Wingtips, the magazine of Philippine Airlines, insisted that “Filipinos don’t pose the problems that guess workers from, say, the Mediterranean belt have in Western Europe.” they won’t riot or strike.

Critics later called the sale of the happy hard-working Filipino infantilizing, an effort to turn people into remittance machines.  But most Filipinos like that their country was known as the HR department of the world.

More than 2 million Filipinos depart each year, enough to fill a dozen or more Boeing 747s  a day. About one and seven Filipino workers is employed abroad. and the $32 billion that they send home accounts for 10% of the GDP. Migration to the Philippines what cars once were to Detroit: the civil religion. The Philippine Daily Inquirer runs nearly 600 stories a year on overseas Filipino workers or “OFW‘s”. Half have the fevered feel of gold rush ads. Half sound like human rights complaints.

Published in The Atlantic. Adapted from A Good Provider is one who Leaves: One Family and Migration in the 21st Century, by Jason Deparle, published 2019. 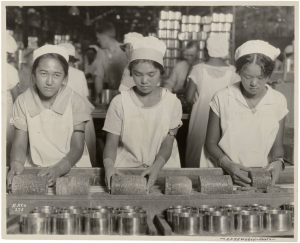