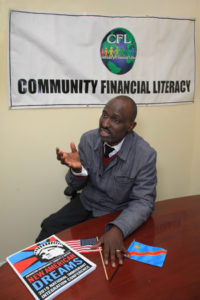 Claude Rawagenje is one of the 1.7 million sub-Saharan Africans in the U.S. He coaches immigrants on managing household finances in Portland, Maine. He meets every year with fellow Banyamulenges, from the eastern part of the Democratic Republic of Congo. “There are five thousand of us in America,” he told me. “At our annual national meetings we talk about how to get a job and work your way up, how to be a success without losing your culture, avoiding mistakes such as touching a co-worker.”

The largest sources are Nigeria, Ethiopia, Ghana, and Kenya. Roughly half come from English-speaking countries. New York City, Washington, DC, and Atlanta metropolitan accounted for about 27% of sub-Saharan Africans in the United States.

39 percent of sub-Saharan Africans (ages 25 and over) had a bachelor’s degree or higher, compared to 29% of the total foreign-born population and 31% of the U.S.-born population. Nigerians are 57% with college degrees. They are much higher high in the labor force (75%) than the native born population (62%).