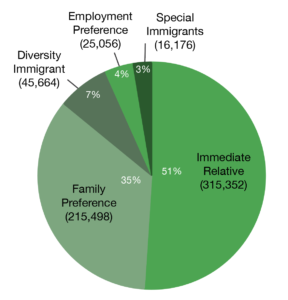 From the NY Times:

“The U.S. is sucking up all the talent from all across the world,” Mr. Collison said. “Look at all the leading technology companies globally, and look at how overrepresented the United States is. That’s not a normal state of affairs. That’s because we have managed to create this engine where the best and the brightest from around the world are coming to Silicon Valley.”

“Last year, researchers at the National Foundation for American Policy, a nonpartisan think tank, studied the 87 privately held American start-ups that were then valued at $1 billion or more. They discovered something amazing: More than half of them were founded by one or more people from outside the United States. And 71 percent of them employed immigrants in crucial executive roles.”

From the 2016 Silicon Valley Index

“Silicon Valley has an extraordinarily large share of residents who are foreign born (37.4%, compared to California, 27.1%, or the United States, 13.3%). This population share increases to 50% for the employed, core working age population (ages 25-44), and even higher for certain occupational groups. For instance, nearly 74% of all Silicon Valley employed Computer and Mathematical workers ages 25-44 in 2014 were foreign-born. Correspondingly, the region also has an incredibly large share of foreign-language speakers, with 51% of Silicon Valley’s population over age five speaking a language other than exclusively English at home (compared to 43% in San Francisco, 44% in California, and 21% in the United States as a whole). This majority share in 2014  was up from 49% in 2011.”

I look forward to the Trump Administration’s plan to improve screening for terrorists in its 90-day window. Terrorist acts are extremely rare. There have only been five that killed at least 3 persons.

The Cato Institute’s late 2016 analysis of foreign terrorism risk in the U.S. scrutinizes the data from over a 40-year period. Between 1975 and 2015, its report (Table 2) says that for each of the following categories there was one known terrorist who got into the U.S. for every —

About half of hired farm workers and half of hotel maids are foreign born, and half of them are unauthorized. Immigrants account for 13 percent of our entire population, but a third of all workers hold low-paid, often injury-prone jobs hidden from the public like food prep and material packaging. But only 15 percent of low-paid jobs are those that engage with the public, such as retail sales.

I estimate that a typical immigrant with little formal education has a career path that is fraught with twice the risk of work injury as the career path of a poorly educated native-born American.

Our results indicate that differences in observable characteristics, such as English ability and education, play important roles in the tendency of immigrants to work in riskier jobs. Workers’ ability to speak English is inversely related to their industry injury and fatality rates, indicating that immigrants who speak English fluently work in safer jobs. The CDC (2008) attributed the high number of work-related deaths among foreign-born Hispanics in part to inadequate knowledge of safety hazards and inadequate training and supervision of workers, which are often exacerbated by language and literacy problems.

In 2013, Hispanic workers represented about 15% of FTEs in all industries and just over half were foreign born. However, in the construction industry, they represented 25% of all FTEs and almost three-fourths were foreign born. In our study, we found high fatal TBI [traumatic brain injury] rates among Hispanic and foreign-born workers, separately. When fatal TBI rates among Hispanics were analyzed by nativity, the foreign-born rate was signiﬁcantly higher than the native-born rate.

By Daniel Tichenor in the Atlantic

This sweeping immigration reform is one of the crowning—and most controversial—achievements of the Johnson years. Even by the standards of Lyndon Johnson and his Great Society juggernaut, the legislation that eventually passed—the Immigration and Nationality Act of 1965, known as INA—was monumental. Although few historians believe the law’s champions anticipated just how profoundly it would change the U.S. demographic landscape, Johnson seemed to recognize that its passage was especially significant—enough so that he oversaw the staging of an elaborate signing ceremony at the base of the Statue of Liberty. Fifty years later, this sweeping immigration reform is being commemorated alongside the Voting Rights Act as one of the crowning—and most controversial—achievements of the hard-driving Johnson years.

The law ended a draconian national-origins quota system that was explicitly rooted in eugenicist notions of Northern and Western European superiority. Yet it took 20 years after the defeat of Nazi Germany for Congress to remove these barriers in American immigration law, showing how effectively Cold War nativists knitted together national-security and race-based fears…..The INA marked a monumental watershed in U.S. immigration policy, but this kind of moment will not be easy to reproduce.

Decades later, presidents such as Ronald Reagan and Bill Clinton pursued a cautious, reactive strategy toward immigration reform, one in which they responded opportunistically to congressional initiative on the issue. Some presidents have failed spectacularly, including Jimmy Carter, who pursued employer sanctions-amnesty legislation, and George W. Bush, who hoped for comprehensive immigration reform. Most recently, the incoming Obama administration shelved immigration reform when it became clear that nearly every Republican member of Congress (and some Democrats) would derail legislation. Obama eventually followed precedents set by Truman and Eisenhower, taking unilateral executive action to provide deportation relief and economic benefits to particular undocumented immigrants, most notably young people who entered the United States as children (and, later, their parents, a move currently blocked in the courts).

Alan Lee, an immigration lawyer, writes that “from an amalgamation of sources including The New York Times and the American Immigration Lawyers spring conference, the following appears to be some of the more interesting aspects of the Senate bill that will likely be introduced on Tuesday, April 16th. The Senate bill will be approximately 1000 – 1500 pages long.

“There will be no “special” path to citizenship for the approximate 11.5 million undocumented immigrants, who will have to wait 10 years before beginning to apply with other groups for green cards, after which they can obtain citizenship in 3 years. They will be eligible for merit green cards if they remain in good standing, have learned English and passed other requirements, and remain employed for 10 years.

“The New York Times reports that at the end of 10 years, 138,000 merit-based visas every year would be given to them along with high skilled foreigners in technology and science, employees with the middle range of white-collar skills, and low-wage workers. For the undocumented, there will be more requirements at the renewal stage and even more at the time of green card adjustment of status such as learning English, work requirements and the payment of taxes.

“The cutoff date for undocumented immigrants to benefit from the Senate bill will be entry to the U.S. by December 31, 2011. Anyone entering after that date will not be eligible and hundreds of thousands are estimated as being in this group.”

Americans overall are roughly similar to Europeans, Canadians and Australians in saying the speaking the national language is very important (U.S.: 70%). Among Americans, 84% of white evangelical Protestants say yes, but only 59% of college grads (and 58% of 18 – 34 year olds) say it is very important. Half of American immigrants are proficient in English.

Where the U.S. sharply differs is whether being a Christian is very important. For Americans, 32% say yes. For Europe, Canada and Australia, about 15% do.

What is the most important issue facing the country:

Illegal immigrants working in the U.S. should be:

On the Trump executive orders on immigration (“the ban”):

In the Reuters/Ipsos poll some 31% of people said the ban made them feel “more safe,” while 26% said it made them feel “less safe.” Another 33% said it would not make any difference and the rest said they don’t know.

The U.S. government thorough screens refugees’ background – an intensive process involving the Departments of Homeland Security and State, the Federal Bureau of Investigation, and national intelligence agencies. It takes 18 – 24 months for the checks for proposed refugees to the U.S. to be conducted (compared to four months in Canada). For the 784,000 refugees settled in the United States since Sept 11, 2001, three have been arrested for planning terrorist activities – two of whom were planning attacks outside the country. – from the Migration Policy Institute, “Ten Facts about U.S. Refugee Resettlement,” October 2015.

Since the Sept. 11, 2001, attacks, of 180 people charged with jihadist terrorism-related crimes in the U.S. or who died before being charged, 11 were identified as being from Syria, Iraq, Iran, Libya, Yemen, Sudan or Somalia, the countries specified in Mr. Trump’s order, according to an analysis of data on the attacks by The Wall Street Journal.” – the Wall Street Journal, January 31, 2017