I recently posted about the higher output in scientific research in the U.S. Now let’s look at the wage impact of a less educated worker migrating from a developing country to the U.S. It turns out that the person’s real wage goes up four times, and this is due largely to higher productivity in the U.S.

Researchers estimated the income differences between 42 developing countries and the United States. They focused on males 35–39 years old, with nine to twelve years of education acquired in the their home country. They used the real cost of living gap. (For example, in 2021 you can have the same standard of living in Colombia with 43% of the income in the U.S.; in Nigeria, 36%). They then compared the wage one receives in the home country vs. the U.S. Wages in the U.S. are so much higher that they far make up for the higher cost of living.

The researchers found that these working migrating to the U.S. increase their real earnings by 395% or more.

The real wage gap can be mostly explained by higher productivity of the American workforce. How does higher productivity happen? Through three forces: more technological know-how; efficiency of production involving many factors (such as quality of transportation); and the state of education. (From Productivity Differences Between and Within Countries, by Daron Acemoglu and Melissa Dell, 2010.)

From a March 2021 Atlantic article by George Packer:

In a Senate speech on April 23, 1975 Joe Biden argued that the president lacked the authority to rescue any Vietnamese. “I do not believe the United States has an obligation, moral or otherwise, to evacuate foreign nationals” other than diplomats of third countries, Biden said. “The United States has no obligation to evacuate one, or 100,001, South Vietnamese.” The U.S. should leave the task of protecting them to “the organizations that are available” and “diplomatic channels,” he added. A week later, North Vietnamese tanks entered the grounds of the presidential palace in Saigon just hours after the last helicopter carried the last Americans out of Vietnam.

Seventeen thousand Afghans…. are waiting for the machinery of the U.S. government to decide their fate. The process is so byzantine and opaque that even American lawyers representing Afghan clients have a hard time navigating it. Applications for a Special Immigrant Visa, or SIV—including proof of U.S. employment, a letter of recommendation from a U.S. supervisor who might have left Afghanistan years before, employee badges, and a statement of threats—go first to a building in Portsmouth, New Hampshire, that houses the National Visa Center. There they disappear into a bureaucratic black hole, often for two or three years at a time. The SIV section is staffed by only a handful of people, mostly contractors.

Within 100 days American troops will depart from Afghanistan. Apparently the Defense Dept has no plans for evacuation of our civilian allies in the country.

A bipartisan letter from Congress says that the Biden Administration has failed to put in place a means for immediate transfer of some 18,000 Afghanistan citizens through an Afghan Special Immigrant Visa program.

The New York Times reports that in the last three months of 2020 alone, State Department statistics show, 1,646 Afghans were denied one of the special visas, which are issued to applicants satisfying demanding requirements and rigorous background checks even though interpreters would already have passed security screenings. Among reasons cited for denial were the failure to prove the required length of service, insufficient documentation, failure to establish “faithful and valuable service” and “derogatory information.”

John F. Kirby, the Pentagon press secretary, told reporters on June 2 that the Defense Department had “put some planning resources” into a potential evacuation. He said that no evacuation had been ordered but that if a command came, “we will be ready to execute.”

The U.S. Embassy in Kabul said late last month that it had temporarily increased consular staffing to help expedite S.I.V. applications amid rising demand and Covid-19 restrictions. Staffing has also been beefed up in Washington, where much of the application processing is completed, the embassy said.

I’ve mentioned how dysfunction in the judicial system is at the core of the Mexican border program. In October 2020 there were 1.3 million cases with a average time to trial of 900 days.

In late April a bipartisan group submitted legislation aimed at improving the judicial process. The legislation is here. The sponsors wrote the “The Bipartisan Border Solutions Act….to respond to the surge in migrants coming across our southern border. The bill would improve both the Department of Homeland Security’s and the Department of Justice’s capacity to manage migration influxes and adjudicate asylum claims in a timely manner, protect unaccompanied migrant children, reduce impact on local communities, ensure migrants are treated fairly and humanely, and ultimately deter those who do not have realistic asylum claims from placing themselves in danger by making the treacherous journey to our southern border.” 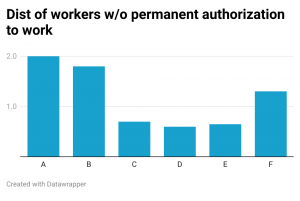 The Migration Policy Institute issued in 2018 a study of the asylum process which is still valid today. Extremely long delays were undermining the system of asylum. The MPI’s recommendations are entirely focused to getting asylee petitions addressed by knowledgeable officers as quickly as possible.

This report underscores my observation that a breakdown in the legal process of immigration applications is at the core of the Mexican border crisis, though by no means the only factor. Judicial systems have a knack for getting screwed up over surges in demand.

Today’s asylum laws were enacted in Refugee Act of 1980. A breakdown in processing petitions occurred due to influx of Cuban and Central American applicants, and reforms were made in the 1990s. Applications soared again in the 2010s, rising from 28,000 in 2010 t0 143,000 in 2017. The Trump Administration’s main response was to narrow the scope of permitted asylum criteria. The MPI rejected this study this strategy.

An indepth analysis of border apprehension cycles over decades is here. 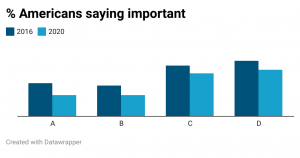 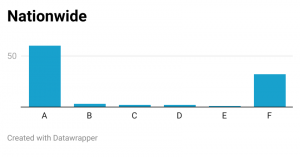 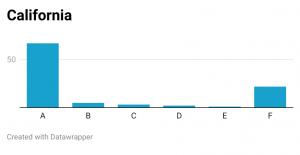 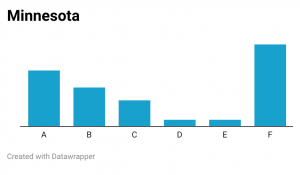 The estimable Ronald Brownstein has written a long article in the Atlantic about the Hispanic vote, comparing 2016 and 2020, and speculating about the future. “Generally speaking, the sources showed Hillary Clinton beating Trump among Latinos by nearly 40 percentage points in 2016. In 2020, they showed Joe Biden beating Trump by around 30 percentage points.” The article needs to be read in its entirety. He mentions the “holy trinity” of Latino priorities: jobs, health care, and education. My take can be summarized as follows: culturally, economically, and politically, a lot of Hispanics are natural to fit into a moderate Republican Party.

He writes, “Latinos will be entering the electorate in huge numbers for the foreseeable future: Mark Hugo Lopez, the Pew Research Center’s director of race and ethnicity research, forecasts that about 1 million U.S.-born Latinos will turn 18 each year through 2027. That number will shrink only slightly through the early 2030s, to a little under 950,000 people annually. The nonpartisan States of Change project anticipates that Latinos will grow from about one in seven eligible voters today to nearly one in five by the middle of the next decade.”

Lots of editorials and opinion pieces about how the low birth rate in the United States argues for increasing immigration. Such as:

“According to the National Center for Health Statistics, the number of births in the United States in 2020 was down 4% from the previous year. This marked the sixth year in a row that births have declined and amounts to the lowest number of births in the country since 1979….The U.S. economy depends on growth of the labor force to generate the tax revenue needed to maintain programs like Social Security. And a key component of labor-force growth is immigration.” (From here.)

About 50% of new immigrants are employed or readily employable. The implicit message is that immigration must shift towards a higher percentage. This is difficult because workers often have families. Also, because temporary work programs, for those with or without a lot of formal education, are hard to manage. Nonetheless, the simple demographic argument for more immigrants is easy to understand.

A piece on birth rate trends since 1960 and how to measure the birth rate is here.